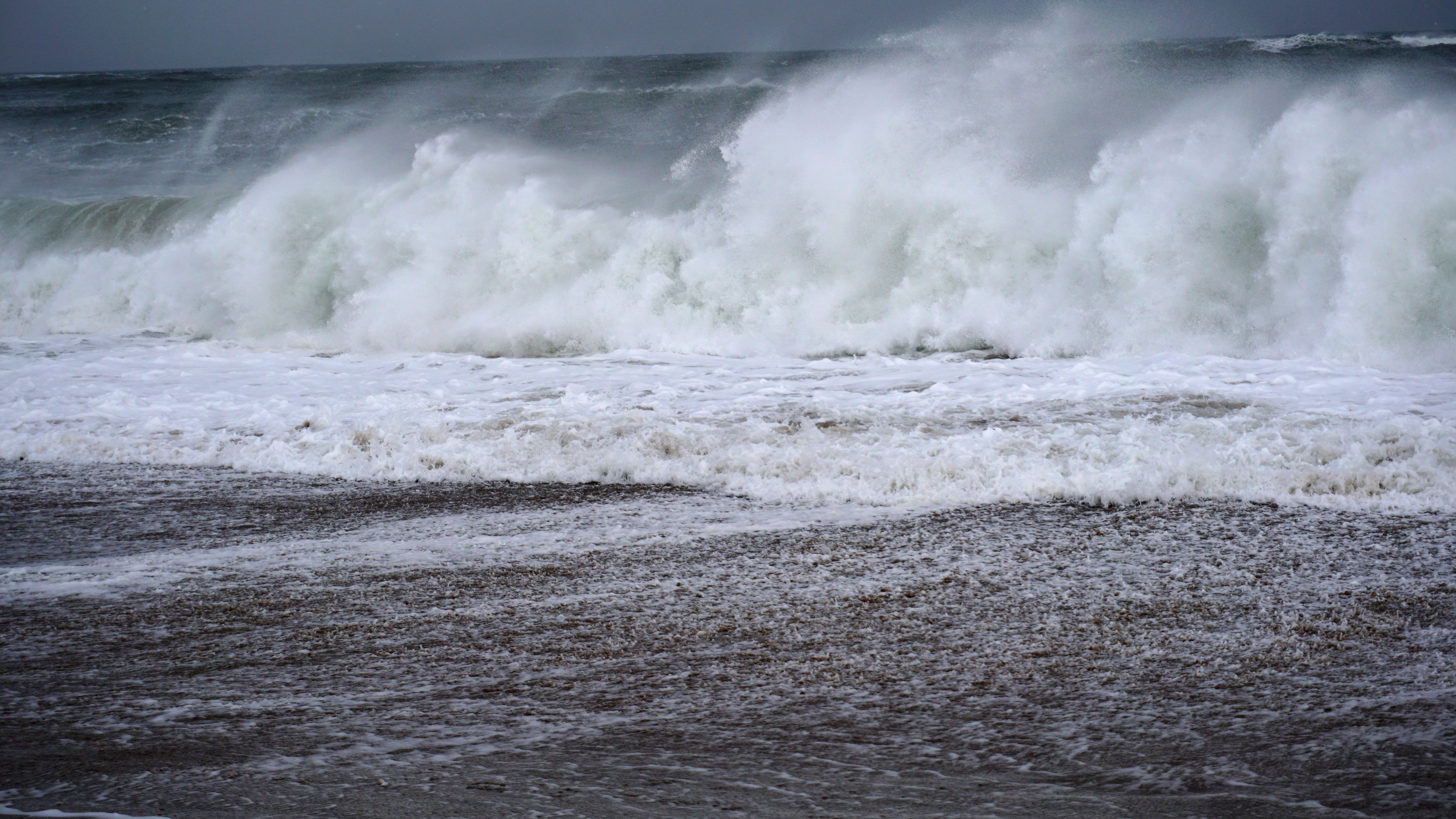 Medium: Performance Video Installation / Year: 2016
In the video installation 2 Degrees, two figures dance on a precipice, the borderline of destruction. Under the tides of the discourse on global warming, lies a series of man made atrocities. The power to generate the signifiers of language, especially in the case of legislation, has countless ignored consequences. Two degrees Celsius is a bench mark number bandied about throughout the Marrakech Climate Change Conference. Most parties involved strove to set 2 degrees Celsius above pre-­industrial level as the capping point for global temperature. In the video, two figures struggle amidst a barren seascape. They are deformed, broken. The sound of waves, at times drowned out by a wind battered microphone, engulfs their movement. As the waves rise, countless of living beings will perish before the 2 degree limit is reached. The structural violence, formalized in academic and political discourse, won’t be able to contain the oncoming floods.
Awards/Festivals/Exhibitions:
++ Title of Show: “I_and_Place.” Location: New York K&P Gallery, New York City, MA, USA. Date: 2017.
++ Title of Show: "In Response." Location: Godine Family Gallery, Massachusetts College of Art and Design, Boston, MA, USA. Date: 2017.
↑Back to Top

Insert copy here, which should vary depending on your region. Accept